I was preparing to upgrade a customer, and ran across a semi-extensive VCL setup. It quickly became a bit hard to get a decent overview of what was going on.

The actual VCL is fairly simple.

To deal with this, I ended up hacking together a tiny awk/shell script to generate a dot graph of how things were glued together. You can find the script at http://kly.no/code/script/vcl-visualizer.sh .

The output is somewhat ugly, but useful. 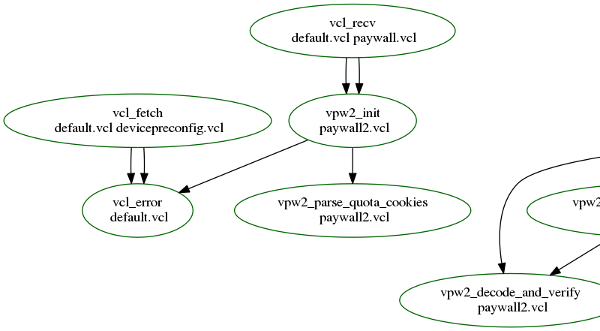 No idea if it's of interest to anyone but me, but I found it useful.